3D-printing the human body (starting with a skeleton)

I’ve been interested in 3D-printing for science and medicine for a while, and one of the side projects I’ve been playing with has been a 3D-printed skeleton. I had been starting with the spine and skull, and had originally been trying to develop my own models from some of the open source CT-scans out there. My first models of the cervical spine turned out pretty well, I ended up uploading them to Thingiverse. I was very happy with how they turned out, but they had some rough edges (and were taken from someone with a bad spine). I had been working on a complete skull model for a while, but I kept getting hung up by the complexity of the fine internal cranial structures. I had been trying to pull data from a CT-scan and then touch it up, but that was going slow. And then I learned about the BodyParts3D library, where a group in Japan developed high-resolution anatomical models of the entire body. Credit to the person who had the idea first.

Things went much faster then. I put together a few printable models of the lumbar and sacral spine, and then went on to get a decent model of an anatomically correct skull. 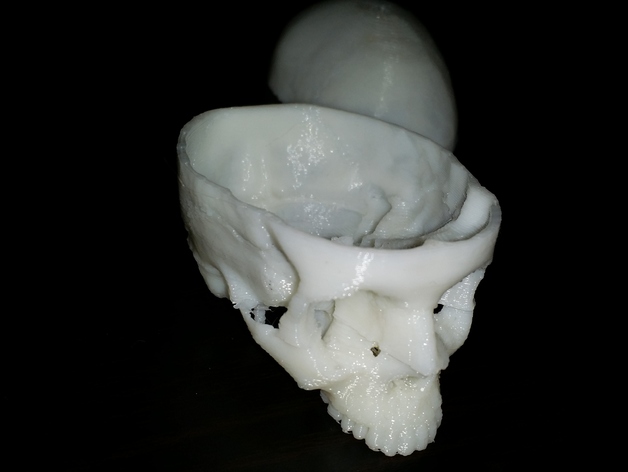 Hopefully things will continue moving, next steps will be to re-do cervical spine and then do thoracic (with rib cage). More to come.

All models are free for use and modification under Creative Commons licensing.

Raspberry Pi2 Seedbox with Deluge and a VPN